Showing posts from March, 2013
Show all

By Murray Newman - March 31, 2013
I'm sure by now that you have learned of the horrifying murders of Kaufman County District Attorney Mike McLelland and his wife, Cynthia , in their home yesterday.  This follows on the heels of the January 31st murder of Kaufman County Assistant District Attorney Mark Hasse and according to the Dallas Morning News , the murder of Colorado prison official Tom Clements may also be related. I was in trial when Mark Hasse was murdered.  I was saddened to hear about it, but I didn't give a lot of thought to his death being part of a larger scheme.  The media rumbled about the possible involvement of the Aryan Brotherhood, but I don't pay much attention to what the media's preliminary accusations lead to.  I still recall vividly all the news reels of April19, 1995 when the news wanted to first blame the Oklahoma City bombing on Al-Queda. As the news comes in about yesterday's murders, the idea of Aryan Brotherhood involvement seems to become much more credible. I
19 comments
Read more

By Murray Newman - March 26, 2013
For those of you who have been doing criminal work in Harris County a little longer than I have, the news is reporting that retired Judge A.D. Azios passed away on Friday.   I never had the pleasure of trying a case in front of him, but have heard all kinds of war stories that seemed to indicate Judge Azios was a good judge with a good sense of humor.  As the news noted, he was the first elected Hispanic Judge in Harris County. Although I don't have any war stories of my own, I invite you all to share yours here, if you would like.
5 comments
Read more

By Murray Newman - March 15, 2013
In a move that should be absolutely surprising to no one, former-Harris County District Attorney Pat Lykos added to her legacy of avoiding indictment again yesterday.  As reported by Brian Rogers in this Chronicle  article , the 263rd Grand Jury declined to indict Lykos for her role in investigating members of the 185th Grand Jury who were, um, also investigating her. I had assumed that the 263rd's investigation into Pat had ended quite some time ago.  I had heard at the first part of the year that they had requested to have their term extended, but I didn't know it was still ongoing.  On Wednesday, I had heard that she had retained Dick DeGuerin to represent her and she was rumored to have asked her church congregation to pray for her. It appears that her prayers were answered. Unlike the previous media swarm that Lykos unleashed at the close of the 185th Grand Jury's investigation, she was uncharacteristically quiet this time.  Perhaps her silence was because she r
35 comments
Read more

By Murray Newman - March 14, 2013
Please join me and your host Todd Dupont for tonight's Reasonable Doubt  at 8:00 p.m.  Our guest this week will be defense attorney Tom Moran .  We are long overdue in having Tom on the show and his background as a reporter, prosecutor, and defense attorney make him a very fascinating person to talk to.  Also, I just learned that he's also an occasional blogger ! So tune in with your questions tonight.  You can watch it live streaming by clicking here .
1 comment
Read more

By Murray Newman - March 07, 2013
Please join me and our host Todd Dupont for tonight's Reasonable Doubt  where our guest will be defense attorney Dee McWilliams .  We'll be talking about everything from prosecutorial ethics, reciprocal discovery and mental health. As always you can catch us live streaming by clicking here at 8:00 p.m.
6 comments
Read more 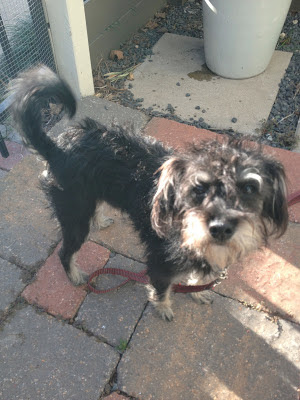 I realize the likelihood of this being successful is pretty much zero, but it is worth a shot. Yesterday morning on the way to court, I rescued this male dog off the exit ramp from I-10 east on McKee leading into Downtown.  He was running up the ramp with his leash on and I was able to get him into my car. He obviously has an owner of some sort.  He's very friendly but not hyper. I've already listed him on Petharbor.com .  Any other tips on finding his owner or an adopter would be greatly appreciated.  E-mail me at murray@murraynewman.com
32 comments
Read more
More posts