"I believe your client, but you are still going to need to present something to the Grand Jury on it."

"I'll give you a probation on a lesser charge, but your guy is going to need to plead on all three cases.  I've been told that my court has too many dismissals."

"I don't know why the Grand Jury indicted your client, but I can't dismiss it unless the co-defendant pleads to something."

"I would never dismiss that case.  It's a First Degree!"

What do the above four phrases have in common?

They have all been said to me by a prosecutor as justification for not dismissing a case in the past year.

Now, before I go too much further down the road of angering every prosecutor who reads this blog, let me be clear:  Prosecutors and Defense Attorney disagree every freaking day over whether or not a case should be dismissed.  As Defense Attorneys, we are obligated to seek out the best resolution for our clients and we wouldn't be doing our jobs if we did not (at least) see if we can talk the prosecutor into a dismissal.

As you can imagine, the strength of a Defense Attorney's argument for dismissal can vary drastically from case to case.  Many of these "dismissal discussions" are very brief and the vast majority of them obviously don't end in dismissal.

My issue is with the prosecutor who will actually state to me that the reason they won't let go of a case is because of something that has absolutely nothing to do with the facts of that case.

Statistics should never be a consideration in whether or not a prosecutor dismisses a case.   I firmly believe that nothing adversely affects the Criminal Justice System more than statistics -- i.e. the police get recognized for how many felony arrests they make, so why not go hunt down jaywalkers who might be carrying crack pipes with residue?  The same applies to prosecutors when they start being judged on how many dismissals they may or may not have signed off on.

Statistics are for politicians.  Not prosecutors.

The standard of whether or not a prosecutor should dismiss a case is simple:  if you don't believe it can be proven beyond a reasonable doubt, or (God forbid) you believe the person is (gasp!) factually innocent, you shouldn't be freaking prosecuting it.  Period.  Take all the time you need to thoroughly investigate the facts of the case, but if you can't prove it beyond a Reasonable Doubt, you need to be signing a dismissal.

When I was chief of the 339th District Court, I was observing Brent Mayr try an Aggravated Robbery case (which is a First Degree charge).  For those of you who don't know Brent, he's a fantastic trial lawyer and he's also very competitive.  In the middle of his trial, a witness testified to something that caused Brent to have hesitation over whether or not the Defendant was guilty.  I was his supervisor, so he came to me because he wanted to dismiss it in the middle of trial.

"I think he probably did it," Brent told me, "but I don't believe that beyond a Reasonable Doubt anymore."

So, we dismissed it immediately.  Nobody ever questioned either my judgment or Brent's.  A dismissal in the middle of a trial isn't exactly a positive statistic for a prosecutor's record, but that didn't dissuade him from doing the right thing.  I was proud of Brent.

Dismissals on First Degree cases do still happen, obviously.  I am still very appreciative of when Lance Long and Greg Houlton dismissed this murder case after carefully reviewing the evidence.

My point here is that a dismissal should ALWAYS happen based on the evidence and not ulterior concerns.  When I was a prosecutor, nothing offended me more than hearing a defense attorney say something like "all prosecutors care about is getting their conviction."  I didn't believe that then and I don't believe that now.

But statements like the four that begin this post should give you some insight into why defense attorneys sometimes feel that way.

If you believe my client's version of events when she explains that she isn't guilty, then dismiss the case.  Don't make her and her family have to experience the overwhelming stress of being charged with a felony if you don't think she did it.  We shouldn't have to wait for the Grand Jury to No Bill the case because you don't want to be the one who signs your name to a dismissal.

If you think that my client is worthy of being on probation on a lesser charge, then why make him technically be on three probations for statistics' sake?  It literally changes nothing about what his punishment will be like.

If you think that a Grand Jury shouldn't have indicted a case and that your links to my client aren't strong enough for trial, don't make her wait until the co-defendant pleads on something before you are willing to dismiss it.  The facts are either there or they are not.

Just because the case is a serious, First Degree case, that doesn't mean that it can't be dismissed if the facts aren't there.  A First Degree felony case can sometimes be as weak as a questionable speeding ticket.  The same standard of proof applies regardless of degree.

If a prosecutor wants to tell me that, in their opinion, the case is strong enough to convince a jury Beyond a Reasonable Doubt, then that's fine.  I respect that.  But when even your own lead investigator states on the record that they aren't even sure a crime was committed at all, that might be a sign that you are wrong in your opinion.  That's when words like "I wouldn't dismiss that case.  It's a First Degree!" start becoming really really offensive.

When a juror flags me down in the lobby of the CJC (after an acquittal) and asks me to extend her apology to my client and his family for having to go through the trial, you might want to start evaluating your judgment on that policy.

Many moons ago, when I was working in another county, I heard a prosecutor on a DWI case say "I know we aren't going to win, but this kid needs a good trial."  I found the statement to be strange then.  Now I find it to be mortifying.

Unlike the private sector where one has to worry about economic trends and supply and demand, the Criminal Justice System will never run out of cases to try and people to prosecute.  It is a continuous growth industry.  There are plenty of cases where a prosecutor has more than ample evidence to prosecute and convict without hesitation.

But when the evidence isn't there, the case needs to be let go.
Posted by Murray Newman at 10:22 AM 51 comments:

As I've noted here and there on blog posts since becoming a Defense Attorney six years ago, one of the things that I think I've gained on this side of the bench is a better grasp of empathy towards those accused of crimes.  When I was a prosecutor, I never got Mark Bennett's frequent assertion on his blog that every prosecutor should have to spend some time in jail to gain a full appreciation for what criminal defendants go through.  I still think Mark's position is a little extreme, but I understand his point.

Too often those who enforce the law and the punishment associated with breaking the law don't quite get the human effect that comes along with punishment.

And then something like this happens that kind of makes those who enforce the law have to feel the consequences of breaking the law . . . 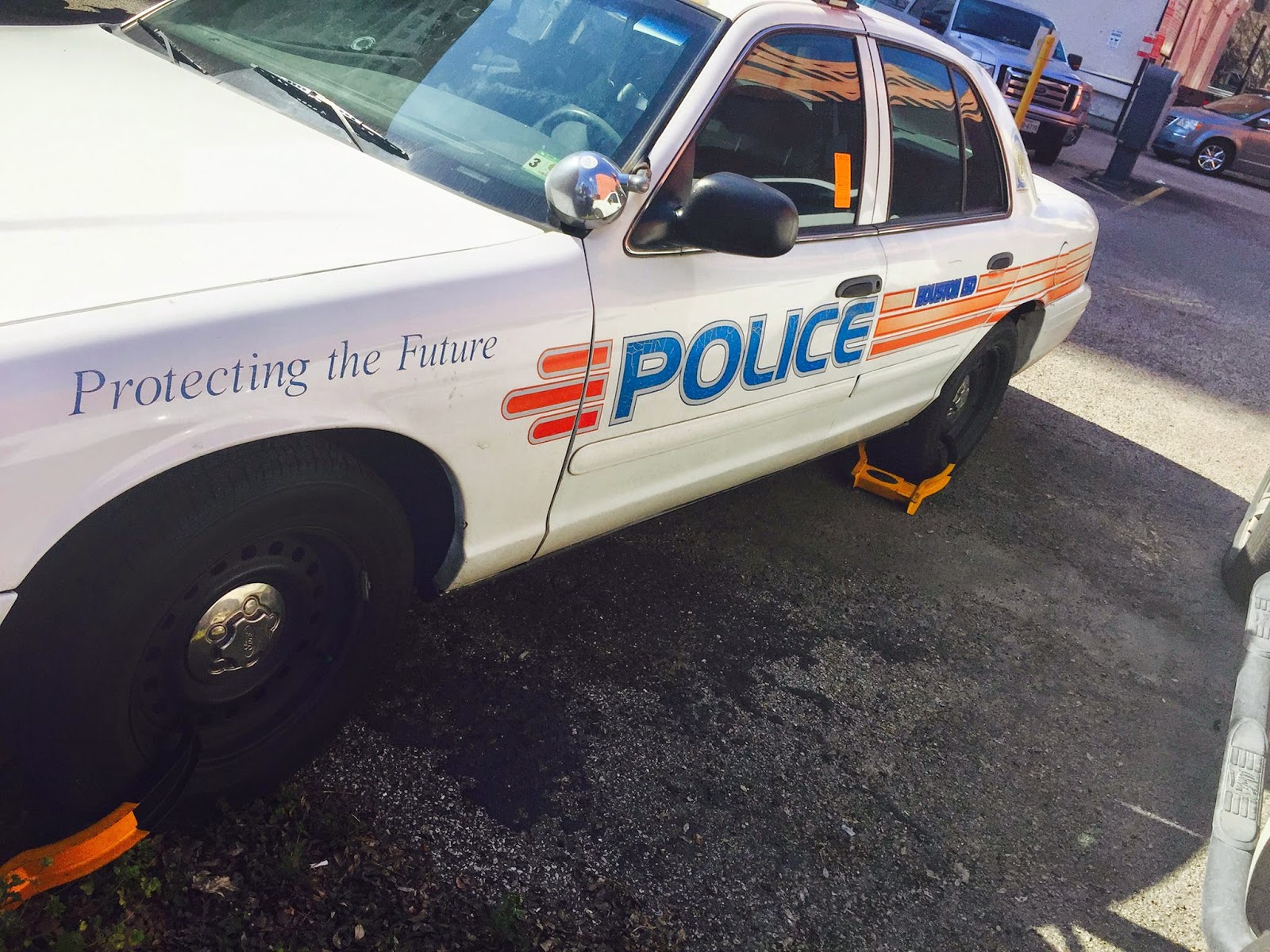