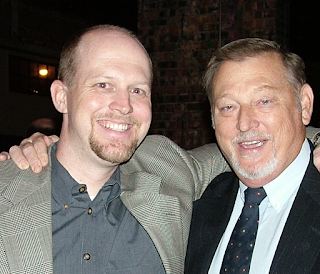 Retired Houston Homicide Sergeant and Brazos County District Attorney Investigator Gil Schultz passed away this morning.  He had been in ill health for some time, and I had been dreading this day for a solid three years now, it seems.  It is strange how no matter how expected bad news may be, there is no adequate defense you can build against being heartbroken when it finally comes. It is without any level of hyperbole that I can say that Gil Schultz changed my life to such a degree that I honestly would not be where I am today had it not been for him.  The influence he had on my life was leaps and bounds more profound than any other human being on earth outside of my biological family.  From my career path to where I live to very basic parts of my personality, the effect that he had on my life can not be overstated.  He was like a second father to me, and he, his wife Gay, and his sons Ron and Rick all treated me like family from the beginning. I first met Gil in April of 1994.  I was
8 comments
Read more

It's hard to believe that we're already two weeks into February of 2022.  It seems like New Year's Day was last week.  I'm losing track of time, and the Early Voting is starting Monday, February 14th for the 2022 Primaries (with Election Day being Tuesday, March 1st). The Republican Primary is a pretty easy write-up -- nothing is contested.  The GOP is in a rebuilding phase at the moment, and they consider it an accomplishment to have had a candidate running in all the positions.  As far as I can tell, most of them are pretty much running to see whether or not the tide has turned back to red in Harris County.  We'll see.  I think it will be closer this year than in years past, but I still think Harris County is firmly blue.  As always, I'll defer to my friend Charles Kuffner at Off the Kuff for a more adept analysis of the big picture.  If you aren't reading him, you should be. The Democratic Primary is a different story, with a great many contested races.
12 comments
Read more 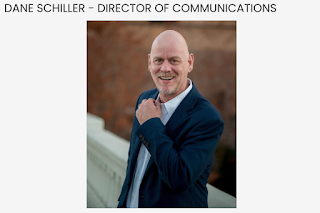 I have to admit that I don't remember Dane Schiller from the days before he took the job as Kim Ogg's Director of Communication at the D.A.'s Office.  Maybe our paths never crossed.  If they did, I don't recall it.  I hear from my friends in the journalism business that he was a pretty good reporter. When he took the job for the incoming Ogg Administration back in the beginning, his was not a name that I was familiar with, and I certainly had no beef with him.  Then again, other than that small matter of her firing almost forty potential political enemies experienced prosecutors right off the bat, I didn't really have that big of an issue with Kim Ogg herself back then.  I was supportive of Ogg's platform when she ran for District Attorney the first time and I voted for her -- a mistake I've regretted since early on in her administration. But, I digress.  The point I'm trying to make here is that I never had a personal beef with Dane.  As a matter of f
5 comments
Read more

In a meeting with the judges a year or so ago, Harris County District Attorney's Office First Assistant David Mitcham expressed his frustration with the judges and bond reform, giving them a warning that those who didn't share District Attorney Kim Ogg's "vision" would face "consequences."   Those who were present for the meeting (at least the ones that I spoke with) indicated that the implication was that the Office intended to field candidates to run against those judges who weren't bending to the District Attorney's will.  At least, that's how they interpreted Mitcham's words. Now that the filing deadline has passed, it is abundantly clear that Mitcham's veiled threat was not an empty one as a significant number  almost every  of judicial races now has a prosecutorial candidate running as either a Democrat or Republican.  Some are great candidates.  Others . . . not so much.  A few are royal disasters, but we will talk about that
27 comments
Read more

If Being a Football Coach was Like Being a Defense Attorney-Part 2: Talking to the Ref

By Murray Newman - December 05, 2021
REF:  Okay, so it is my understanding that one of your players wanted to talk to me, Coach? COACH (Sighing Heavily):  Yes, Ref.   Against my advice. REF:  Okay.  To avoid the appearance of impropriety, I've asked Chiefs' Coach Reid to join us. PLAYER:  Good!  I want to talk to him, too. COACH:  No, you don't. PLAYER:  See what I'm dealing with here, Ref? REF:  What seems to be the problem? PLAYER:  So, basically, I want to win the game. REF:  That's good.  Everyone should want to win their game. PLAYER:  Yeah, but it's like Coach isn't even trying to help us. REF:  What's going on? PLAYER:  Well, he's saying that we're playing the Chiefs and that Chiefs are really good. REF:  Well, obviously, as Referee, I don't know anything about how the game will turn out, but I do know that the Chiefs usually do play pretty well at home. COACH:  That's what I was trying to tell him, Ref. PLAYER:  I keep trying to tell him that I want to win and all he
6 comments
Read more
More posts