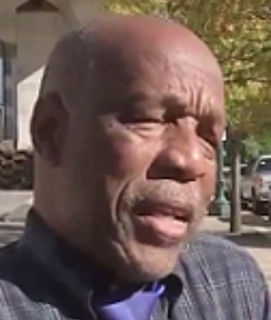 The Harris County Criminal Justice world was heartbroken to learn of the unexpected passing of longtime defense attorney Kirby Taylor this week.
Most of us have known Kirby since starting our careers in the CJC world.  I remember meeting him as a baby prosecutor back in 1999.  To use the term "universally beloved" would be a very appropriate way to describe this dear, sweet man.  He was kind and friendly to all and everyone that I know found him to be one of the most endearing people at the courthouse.
He was a lawyer who handled the most serious of cases with compassion coupled with common sense.  He fought hard for his clients with credibility and honesty that worked well for him in his practice.
If you ever met Kirby, you doubtlessly knew of his trademark "crazy socks" that became his calling card.  Regardless of whether he was wearing a three-piece suit or casual clothes, he was guaranteed to be wearing socks that could potentially zap your retinas.  He also carried with him the largest wallet I've ever seen in my entire life.  It wasn't filled with money (he once showed me) but with receipts, notes, cards, and other things.  It resembled a large rock and was held together with rubber bands.
Several years ago, he and his son were the victims of a horrific act of violence that left Kirby both physically and emotionally scarred for life.  If there was anything positive that came from that tragedy, it was the opportunity for our CJC community to let Kirby know how much we all loved him and hurt for him.  He came back from that tragedy and returned to the courthouse.  He was the same sweet man that he had always been, but there was a sadness with him that never left.
He still smiled and laughed that distinctive laugh of his, but it was different.  It was impossible to see him without feeling somewhat emotional about what he had suffered through.
It goes without saying that all of us will miss Kirby Taylor.  He was definitely a giant (both physically and metaphorically) of the CJC.  I'll miss his laugh and his smile, but most of all, I will miss the kindness that he showed to everyone he met on a daily basis.
It has been suggested to me that maybe we wear our craziest socks in honor of Kirby.  So, this Friday, wear them if you got them.  Kirby would have gotten a good laugh at that.
Rest in Peace, Old Friend.

The Perils of Zooming

Since I felt it was appropriate to make my critiques and observations about others' Zoom behavior in this post last May, I felt it would only be fair to tell on myself for something that happened this morning . . .

If you are reading this blog and don't know me personally, then you may or may not have picked up on the fact that I like to mess with people.  99% of the time, the people that I harass or tease are my friends and it is all good-natured.  I was known for pulling practical jokes when I was a prosecutor and I still like to do them when the opportunity presents itself.

Because of this, I am keenly aware of the fact that I have a very large target on my back for retaliation at any given moment.  It's kind of like surfing on a giant wave, and knowing that you are eventually going to wipe out at some point.  I strive on a daily basis to avoid giving some of my more frequent targets any ammunition to get back at me.  Some days, I'm more successful than others.

As per usual, for New Year's this year, I decided to try to lose some weight and get into something that could loosely be described as being in shape.  I keep hearing about the "Dad Bod," and have decided that I would be lucky to get to that point with some effort.  I'm pushing 50 years old, so I'm trying to manage my expectations.

I bought a Peloton last year and I've got some free weights in the playroom/home office.  I quit drinking beer at the house and I'm trying to lay off the desserts.  I made it through the first month of the year okay.  None of it is very pretty to watch, and I will not be joining the ranks of people posting "gym photos" to document their exercise progress.

This morning, I'm working from home with a couple of courts that I need to appear in via Zoom.  My first stop was in the 182nd, where I had a brief conference with Judge Lacayo and the prosecutors before resetting the case.  I texted the prosecutor I was working with for my next case of the day and she said that she needed about five minutes before logging on in the next court.

So, I decided to do a couple of reps with the free weights.

To be clear, this is not a pretty picture.  The weight isn't particularly much.  My form is probably terrible.  I'm overweight.  The overall picture is not good.

But dammit, I'm working on it.

I go hit my weights and struggle through a quick set before docket.  I then set the weights down and start to go back my computer . . .

. . . and that's when I see the little green light that indicates my computer's video was on.

My heart rate goes up.  I wasn't sweating before, but I'm starting to now.

I had opened up the District Clerk's website to look up a reset date for another client, but that wouldn't have slowed down the camera from working.

I was faced with the terrifying idea that I had not completely logged out of the 182nd Zoom Courtroom and just performed my very sad efforts at exercising in front of Judge Lacayo and staff, Casey Little, Missy Wheeler, and all the defendants logged in for courts this morning.

Y'all, I thought I was going to throw up.  Seriously.  I thought my day of reckoning for all of the practical jokes and smart ass comments had finally come to pass.

I rushed back to my computer -- for some reason, moving to the side in an attempt to be off-camera as if the damage wasn't already done -- and closed the clerk's website.

I was expecting to see the entirety of the 182nd courtroom staring back at me.

But, fortunately, I live to fight my practical joke war with humanity for another day.  I had apparently opened Facetime on my computer at some point, but mercifully, had not actually called somebody.  My ugly exercise routine had remained private.

I was fully prepared to fake my death and move to another country, otherwise.