Rise of the Machines: The E-Subpoena Edition

Back in 2010, when Chris Daniel ran against my friend and then-incumbent Loren Jackson for the job of District Clerk, I was not a supporter.  Loren had done such an amazing job in such a short amount of time with the technology in the Clerk's Office that I felt there was no way Daniels could continue at such a pace.

Although it took some time, Chris has won me over.  He and his staff have worked very hard at bringing so many records online for easy viewing.  They have also made exponential leaps in making E-Filing more and more convenient and accessible for attorneys.

As much as I love all the new technology, there are still a couple of kinks in the system that have to be worked out -- for instance, if you need a quick Motion for Continuance in a Court and they only accept e-filings, how do you get that done when you are away from your computer?

Today's complaint is about the E-Subpoena -- not so much about how the District Clerk's Office handles them, but how the Sheriff's Office does.

I've only filed an E-Subpoena on a handful of occasions.  The first one I did was pretty straight-forward until I got to the portion that asked how I wanted the subpoena served.

In my case, I had a subpoena duces tecum (a subpoena for records).  I wasn't expecting a problem, so having the subpoena served by standard channels was fine by me.

I selected "Peace Officer" and got this response:

Well, I wasn't requesting personal delivery.  Mailing the subpoena or however they wanted to do it would have been just fine with me.  So ultimately I clicked "Private" and just had my investigator pick up the damn subpoena and serve it.

A few weeks later, I had a case where I decided that I needed personal service on it.  I'll change the facts up a little for Attorney-Client privilege purposes.

Let's say that the client was accused of stealing something at a place of business where there were security cameras around.  One of those security cameras is right where the crime was allegedly committed.  So, I send a subpoena to that business asking for the video footage.

I ask for the Sheriff's Office to file it.

I never hear anything back from the business, so after a few weeks, I call them for a follow-up.  The very nice lady on the phone tells me that she had already contacted me and let me know that there was no such video footage.  She insists that she e-mailed me at the listed e-mail address on the subpoena.

I asked her if she would mind forwarding that e-mail to me at murray@murraynewman.com and she agreed to do so.

As she noted, she very dutifully had notified the e-mail address on the subpoena:

Now, there are two problems with this e-mail she sent.  First of all the "name written on the subpoena" was my client's name.  The Defendant's name is always on the subpoena.  My subpoena had requested film footage.  It wasn't specific to a person -- it was specific to a place.  The business clearly misunderstood and did a records search for my client and found nothing.  That was no surprise to me, since my client would not have any legitimate purpose for being there.

The second problem is that they weren't e-mailing me about the problem, they were e-mailing the Sheriff's Office.

That could have been handled easily if the Sheriff's Department had forwarded along the e-mail.

Instead, they did this:

Um, yeah, the ADA (Assistant District Attorney) didn't subpoena those records.  The Defense Attorney did.  Additionally, it wasn't an incorrect filing.  It was perfectly fine.  It was just misunderstood.

None of this information would have ever been learned if I hadn't called the business and asked what was going on with my subpoena.

This is definitely a kink that needs to be worked out between the Sheriff's Office and the District Clerk.  If subpoenas are going to be issued solely by E-Filing, then they need to be reliable.  If I had been issuing a subpoena for a person's attendance in court (rather than records), I would have been asking the Judge of the Court to issue a Writ of Attachment for the missing witness.

I don't know that a Judge would have been comfortable in doing so with such an unreliable system in place.

I'm all for the E-Filing and E-Subpoena System.  It is so much easier to issue subpoenas from my office rather than handwriting them out in court.  Chris Daniel and the Clerk's Office are headed in the right direction with it.

There are just some things that need to be fixed and fixed quickly.
Posted by Murray Newman at 9:23 AM 8 comments:

Everyone is invited to stop by for kolaches and coffee and kick off the holiday season!
Posted by Murray Newman at 4:10 PM 4 comments:

The Results of the Softball Game

As I mentioned last month, the second softball match up of the year between members of the Harris County Defense Bar and the Harris County District Attorney's Office was held on October 19th.  One of the added features of this particular game was that five generous donors had agreed to donate $100 per run to the Harris County Drug Court in the name of Mike Anderson.

I'm happy to report that the results of the fundraising were a tremendous success and raised a whopping $12,500!

In a related story, the County Commissioners unanimously voted to name the Drug Court's courtroom earlier this month.  It has now been officially named the Mike Anderson Memorial Courtroom.

Congratulations to everyone involved!
Posted by Murray Newman at 2:30 PM 9 comments: 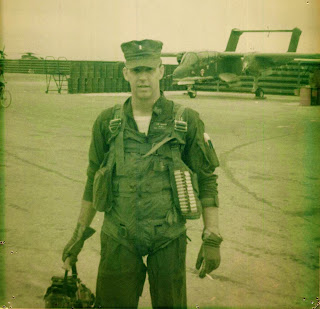 Happy Veterans Day to all those who served in our Nation's military.

A few years ago, I wrote this post which included a letter that my grandfather wrote to my father, Louis M. Newman III, when Dad was just a baby.

As I mentioned in that post, Dad went on to serve as a United States Marine who completed three tours of duty in Vietnam between 1967-1969.  He won two Purple Hearts, one Bronze Star and a Silver Star.

For those of us who have never served in the military and earned the title of Veteran, the idea of being in an actual combat situation is something that we cannot begin to comprehend.  It should not be lost on us that the reason that we cannot comprehend combat is because of the men and women who fought for us.

My Dad is proud of his time in the Marine Corps and the men he fought alongside in Vietnam.

But he isn't nearly as proud of his service as I am of being his son.
Posted by Murray Newman at 8:52 PM 3 comments:

There will be a signing get together this Wednesday, November 6th for four Republican Judicial candidates at the Hotel Icon main floor bar.

Please join us from 5:00 to 7:00 p.m. to sign petitions for Justice Marc Brown and Judge Catherine Evans, as well as Texas Supreme Court Justice Jeff Brown and Civil District Court Judge Grant Dorfman.  Justice Ken Wise will also have petitions there.
Posted by Murray Newman at 9:35 AM 4 comments:

Since Justice Brown has recently switched jobs over to the 14th Court of Appeals, he is required to gather signatures for his petition to be on the ballot next year.

As always, our friend Edward Porter has volunteered to lend a helping hand in gathering those signatures.

Please make it a point to catch Edward in front of the CJC today and help out Justice Brown.
Posted by Murray Newman at 8:10 AM 1 comment: