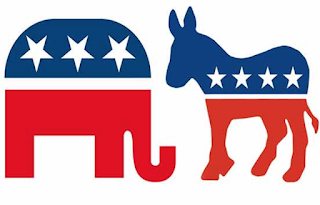 As many of you know, the filing deadline for candidates running for office in the 2018 Election ended at 6 p.m. on Monday, December 11th.

Without commentary from me (at this point),  below is the finalized field of candidates running for Harris County judgeships.  It is complete to the best of my knowledge, after looking at the Harris County Democrat and Republican websites, the Secretary of State's website, and running it by candidates on both sides.  If I inadvertently left anyone off, it is unintentional and I'll fix it if you let me know.  Also, if you are missing a link to your campaign website, let me know and I'll add it.

Additionally, I wanted to point out that there are a few races involving some Harris County folks who are running for some other additional benches.

339th District Court Judge Maria T. Jackson is running as a Democrat for Presiding Judge of the Court of Criminal Appeals. (Statewide Race)

338th District Court Judge Ramona Franklin is running as a Democrat for the Court of Criminal Appeals, Place 7. (Statewide Race)

Former Assistant Public Defender Frances Bourliot is running as a Democrat for the 14th Court of Appeals.

Anonymous said…
I hate to say it but I fear this election will be the biggest sweep by democrats in the history of Harris county. I liked him at first but Trump has energized the democrats like nothing ever has before. Remember the 2008 elections and the flood of democrats with judgeships? This one is going to make that look like child's play.
December 15, 2017 at 12:08 AM

Anonymous said…
Thank you for this list. I know this is preaching to the choir, but if you vote for someone simply because they're a Democrat or a Republican, you end of with judges like Kevin Fine and Jim Barr.
December 15, 2017 at 11:32 AM

TriggerMortis said…
Nowadays you have to vote by party. Better yet, by the party's platform. In case you haven't noticed, politicians by-and-large vote the party line. Except for the rare renegade, the days of a politician voting his conscience are long gone. They died with the advent of PAC's, who will fund a primary challenger should you step out of line.
December 17, 2017 at 8:18 PM

Anonymous said…
Couple of questions. Why is Maritza running against Stacy? Why is McSpadden running again? And didn’t Detoto say she was running for something?
January 4, 2018 at 8:10 AM

PDiddie said…
Why are you linking Matt Damon's IMDb profile to McSpadden's opponent's name?
February 24, 2018 at 7:41 AM

Murray Newman said…
PDiddie,
It's an inside joke. Brian thinks that he looks like Matt Damon and we don't have the heart to tell him the truth.
February 24, 2018 at 10:17 AM